Login access is only available to associates and administrative staff.

Procept Associates Ltd. is a business that is based upon a strong moral and ethical foundation. From its founding, Procept has shared its success by giving back to the community in various ways. While most of our giveback efforts have been focused on groups aligned with our lines of business, some have been focused on supporting charitable groups providing services to the community in general. Below are some we currently support.

Procept supports the World Wildlife Fund in its efforts to protect endangered species and aid in support of Earth's biodiversity. Procept believes that a healthy natural environment, with supporting legislation to protect the species in Earth's various ecosystems, will allow the human race to endure and prosper. To that end, we provide direct financial support of the WWF.

In 2018, staff members from Procept and its TidalShift subsidiary jointly raised funds to gain support of their efforts to climb the stairs up the CN Tower in Toronto, Canada. After walking 1,776 stairs (148 flights), the team celebrated (and recovered!) at the top of the city. The team surpassed its fundraising goal by 50% before Procept management stepped in and doubled their fundraising total again. The final tally showed that the team raised over three times its original fundraising goal, ranking in the top 20 teams out of over 7,000 climbers at the event. 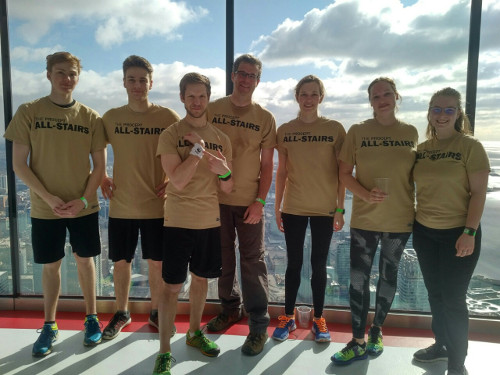 Freedom is an important factor in Canada's success. Procept has benefited directly from the freedoms our country's constitution and its laws. Supporting the fight to protect our freedoms, Procept directly supports the Canadian Civil Liberties Association through its charitable foundation Canadian Civil Liberties Education Trust. Procept donates a portion of its revenues to this organization.